July 04, 2019
Film Trailer Check out the trailer for the feature film, Mind the Gap

Adi Odelsky, a 38-year-old off-Broadway actress, is on the verge of success when her playboy husband walks out on her. As a single mother with little income or support, her relationship with her young daughter becomes strained and her life begins to unravel. While working in London, Adi has a mind-bending experience which sparks off her journey into the gap. She begins to peel away the façade of personal dramas, finding answers and reclaiming her life as she moves into a new reality. The audience follows her down the rabbit hole, encountering hilarious characters along the way. The tale is a mix of psychology, quantum physics, and spirituality. MTG is a fun enlightening story of personal transformation with thought-provoking exploration into the nature of perception versus reality. Bridging the gap between the mainstream and quantum worlds, MTG is universal in its message, and transformational in its ability to help us understand the mystery we call Life.

Produced by
The Umbrella Project
in association with
Valencia Motion Pictures 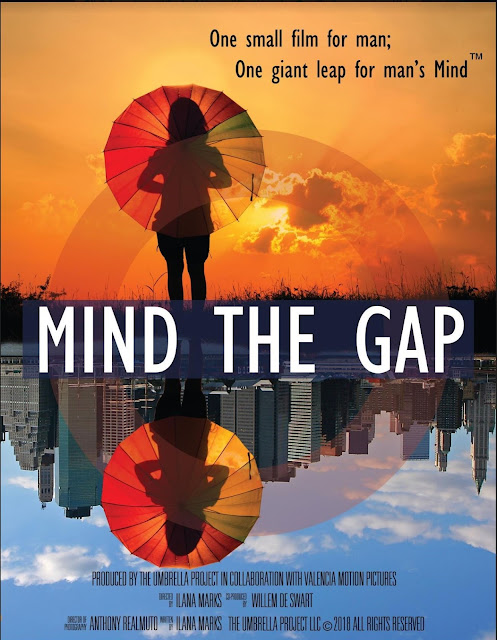 Popular posts from this blog

2020 Pantone Color of the Year

Wondering how to incorporate this color into your makeup look? Aside from the obvious, here are few subtle ideas. Blending blues in with grays and plums can create some fantastic makeup effects.

January 24, 2019
Yup, this is what I live for. Here's a shot from a recent project.
On location at Gatorland Orlando filming a commercial with Gamma Blast Studios. If you haven't been to Gatorland, you need to put it in your bucket list.

In honor of Super Bowl Sunday 2020


Remembering "The Team That Wouldn’t Be Here: Carson Tinker"

I am honored to have worked on a commercial with Carson Tinker of the Jacksonville Jaguars for Verizon praising First Responders.

I hope you had a chance to see it during the 2019 football playoffs.

Verizon contributed up to $1.5 million to First Responders Outreach, a nonprofit that provides grants for emergency relief, training, and equipment to the industry. #AllOurThanks

Video clip is available to view on my website at www.stephaniemazzeo.com